GeoAR is an (augmented reality) browser for geospatial data for the Android operating system. Its first version is based on a thesis in the context of OpenNoiseMap, which implemented clustering and visualisation of in-situ noise measurements using OpenGL ES, but that was extensively re-implemeneted and a lot more functionality added. GeoAR is developed within the project GeoViQua. It consists of three components: 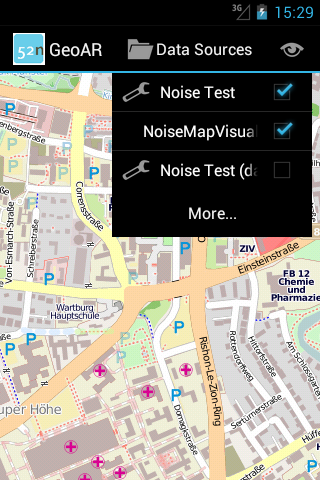 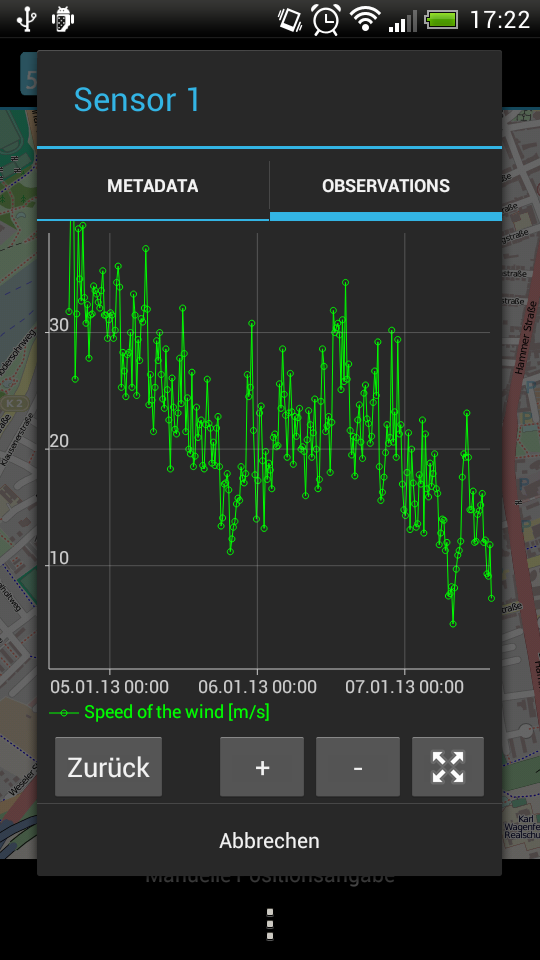 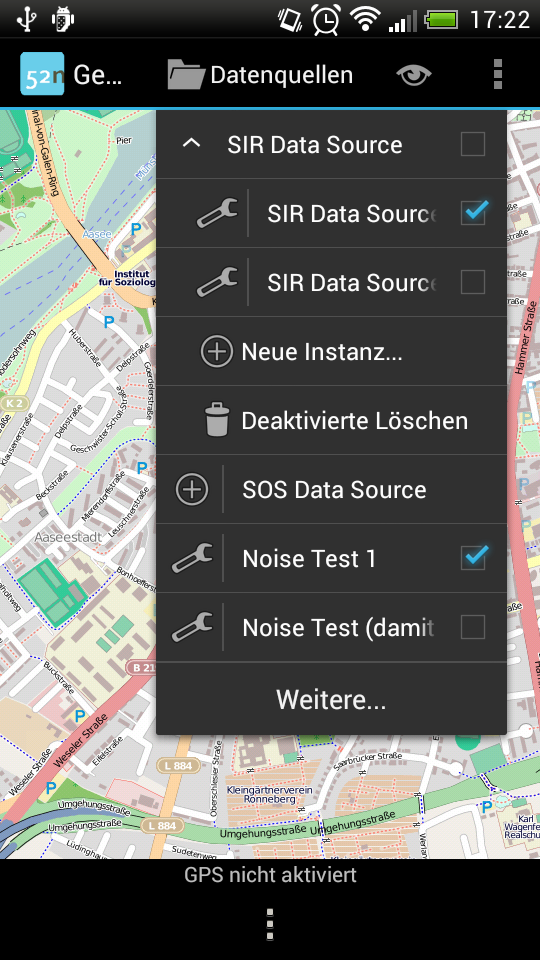 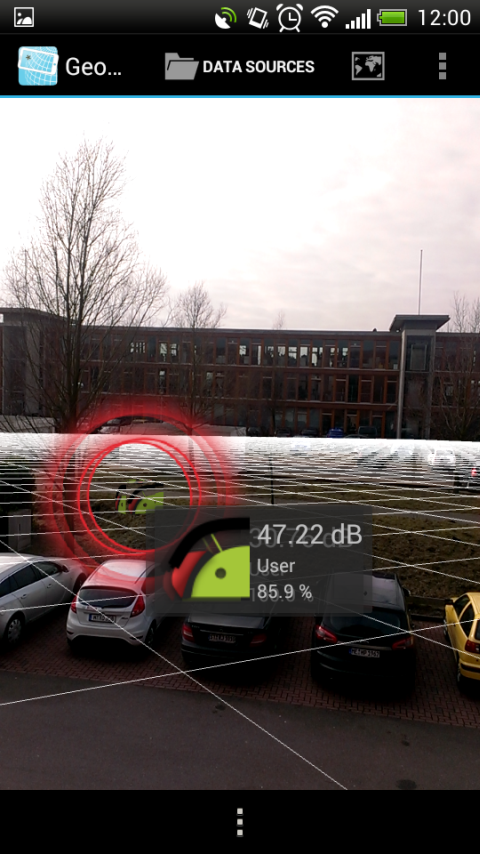 Literature and other work