Page contents
Resolving conflicts in Git with Eclipse is easy in most of the cases. Git has a robust auto-merging implemented. Still, sometimes it will not work automatically. Then you got to resolve these conflicts manually. This topic should provide the necessary steps.

The down-arrow signals that there are commits in the remote (origin). These might cause a conflict.merge 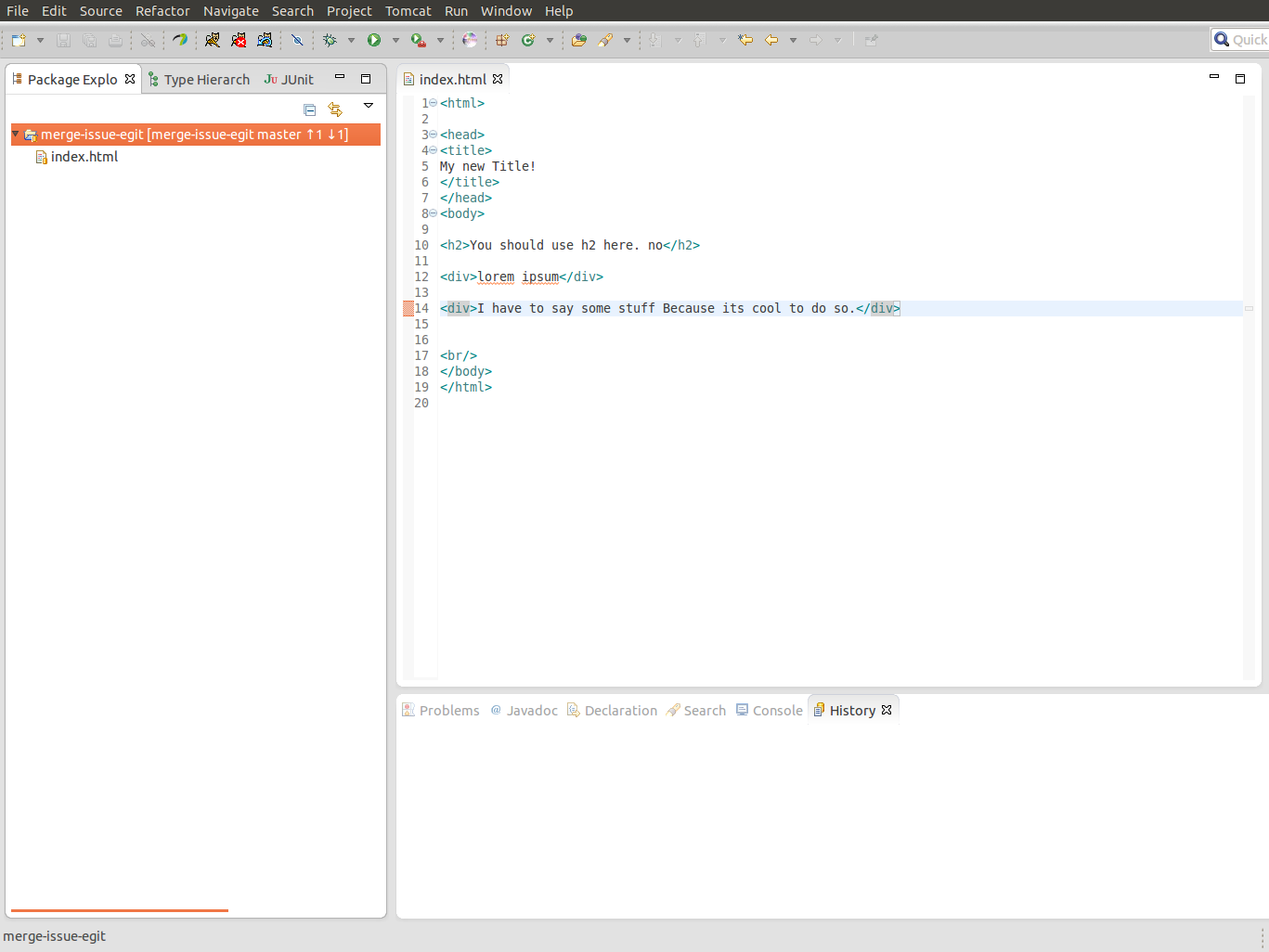 Right-click / Team / Pull executes a "git pull" in the background. It will try to auto-merge ("git fetch FETCH_HEAD" followed by "git merge"). 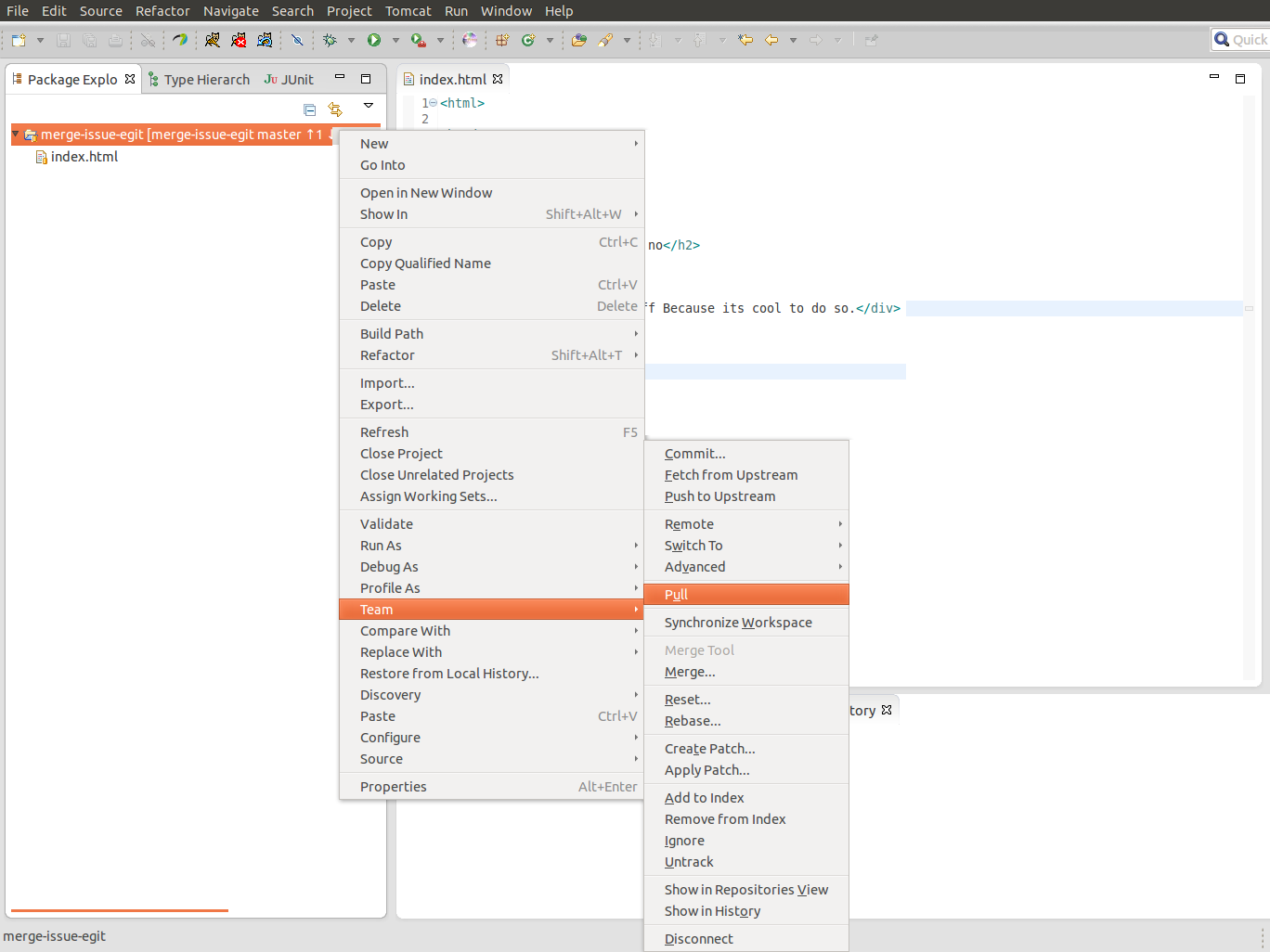 The red symbols signal a conflict that could not be resolved. Right-click on the conflicted source file and select Team / Merge Tool Settings for the Merge Tool

The Merge tool is handled similar to SVN conflict resolution. You have to do one at least one edit in the local (left) source file and save. Otherwise the conflicts will not be resolved. To ensure merging worked, open the source file in its default editor. We need to add the merged file to the Index (Staging). 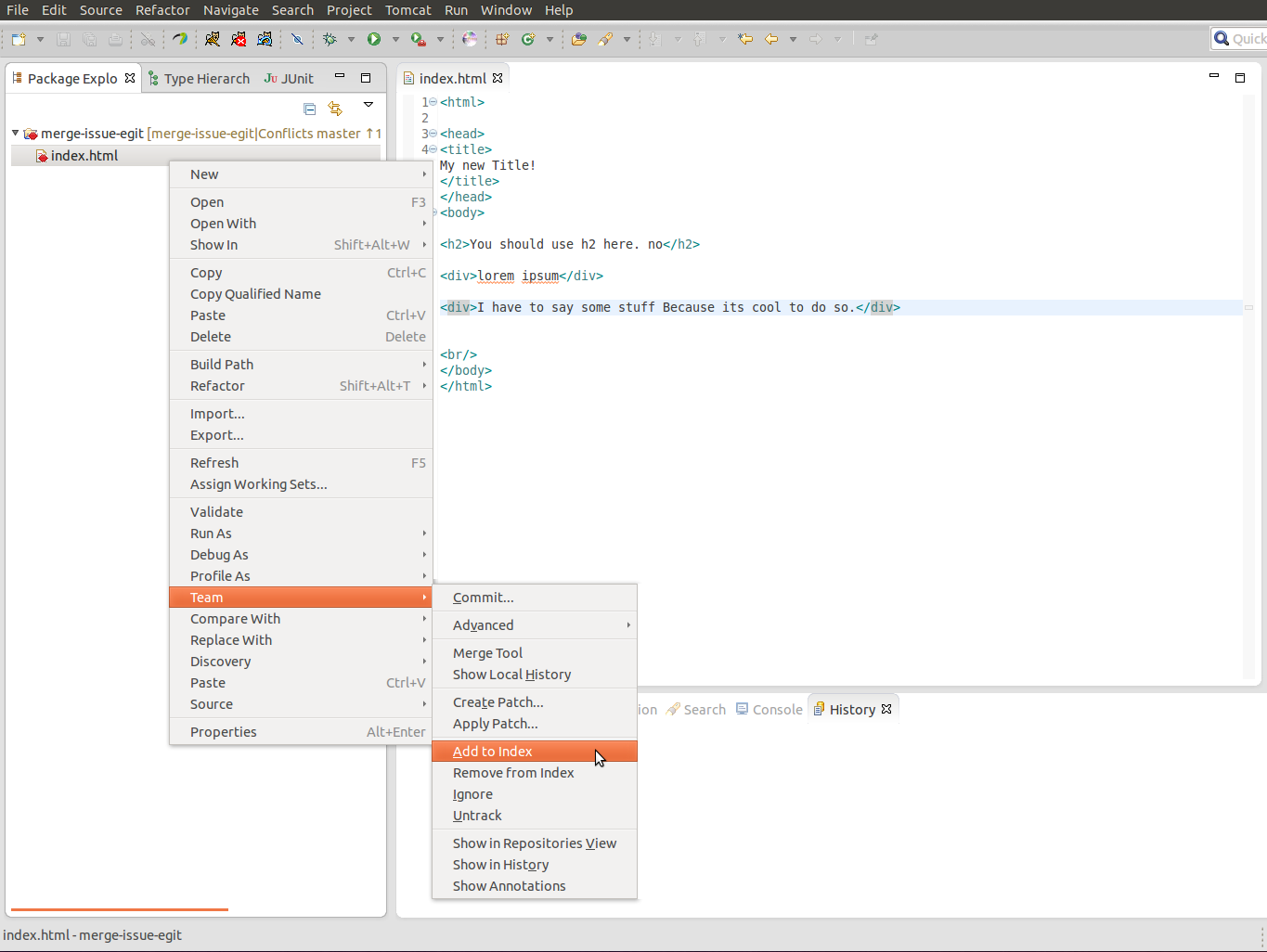 Commit the Merge to your Local Repo

This will create a new "Merge commit" in your local Repo. 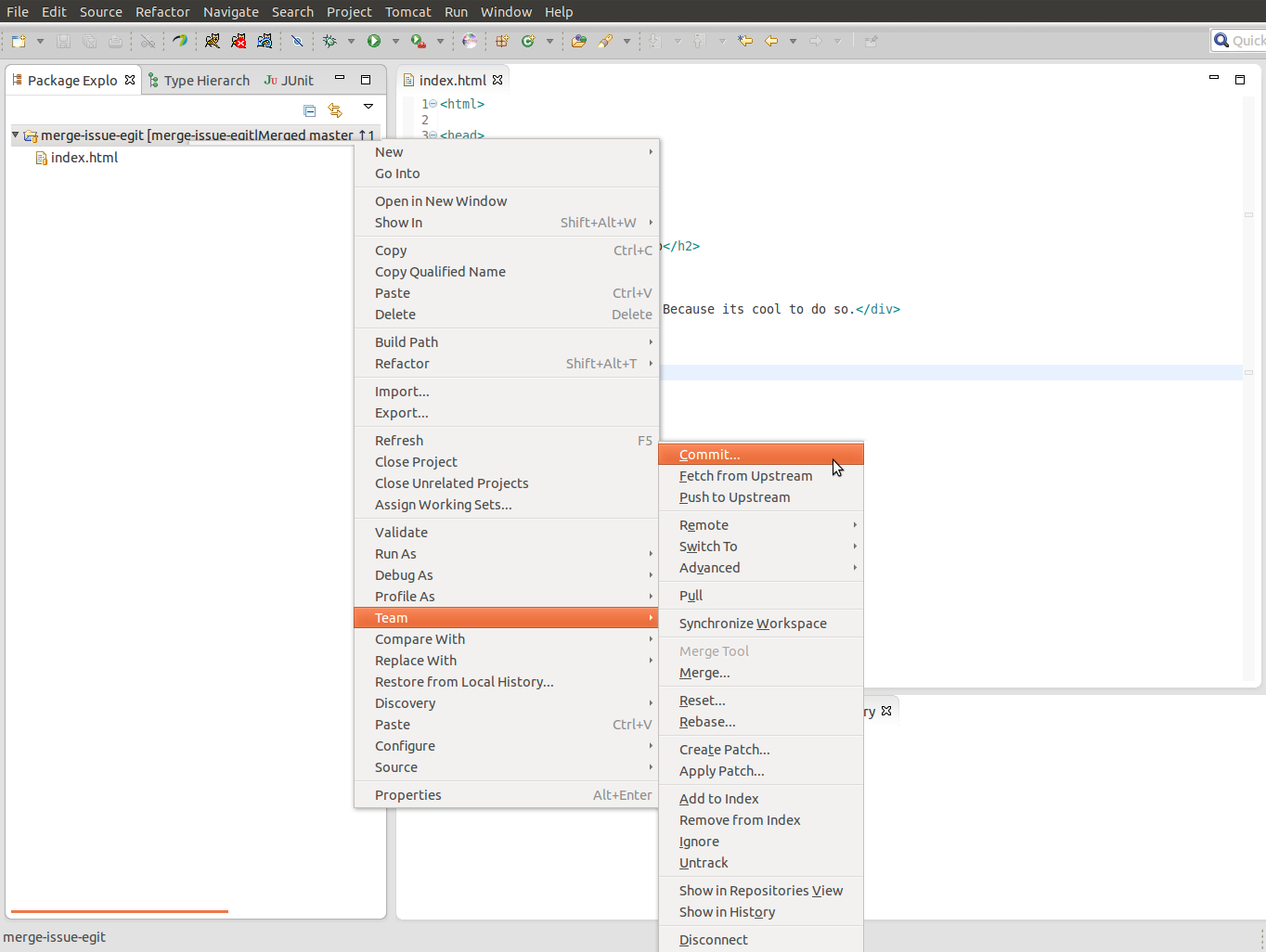 Push Everything Back to Origin